Private companies are polluting and profiting off public land. The cost paid by our communities is too high.

Governor Baker has allowed corporate polluters to treat our neighborhoods like toxic dumping grounds. Power plants, sub stations, congested roadways, and irresponsible development all proliferate in low-income black and brown communities across the Commonwealth. The same isn’t true in affluent white neighborhoods, and it isn’t by accident.

Throughout October and November, we kicked off a multi-stop, statewide tour, exposing this harmful privatization of public land and resources and holding leaders accountable.

Starting in Fall River on National Indigenous People’s Day, we called attention to the dangers of fracking behind the Fall River Water Deal.

“The world doesn’t need another fracked gas power plant and we don’t need to be selling water to them,” said Sabrina Davis, Grassroots Organizer for the Coalition For Social Justice and organizer of the Fall River action.

In Roxbury, residents came together for a teach-in and walking tour that highlighted the harmful pollutants, congestion, and poor air quality impacting residents’ daily life. Rapid development in Dudley Square has exacerbated these circumstances and shut residents out. Community members are asking why local black and brown residents haven’t been given a say in the area’s redevelopment. When residents do speak up, they are ignored.

“Communities of color have become sacrifice zones for landfills, coal plants, pipelines, toxins, and unchecked overdevelopment,” said Lee Matsueda, Political Director of Alternatives in Community and Environment (ACE), who organized the Roxbury event. “Every day that our families are forced to live in the shadows of a dirty coal plant and breathe tailpipe exhaust, we’re putting our lives at risk.” 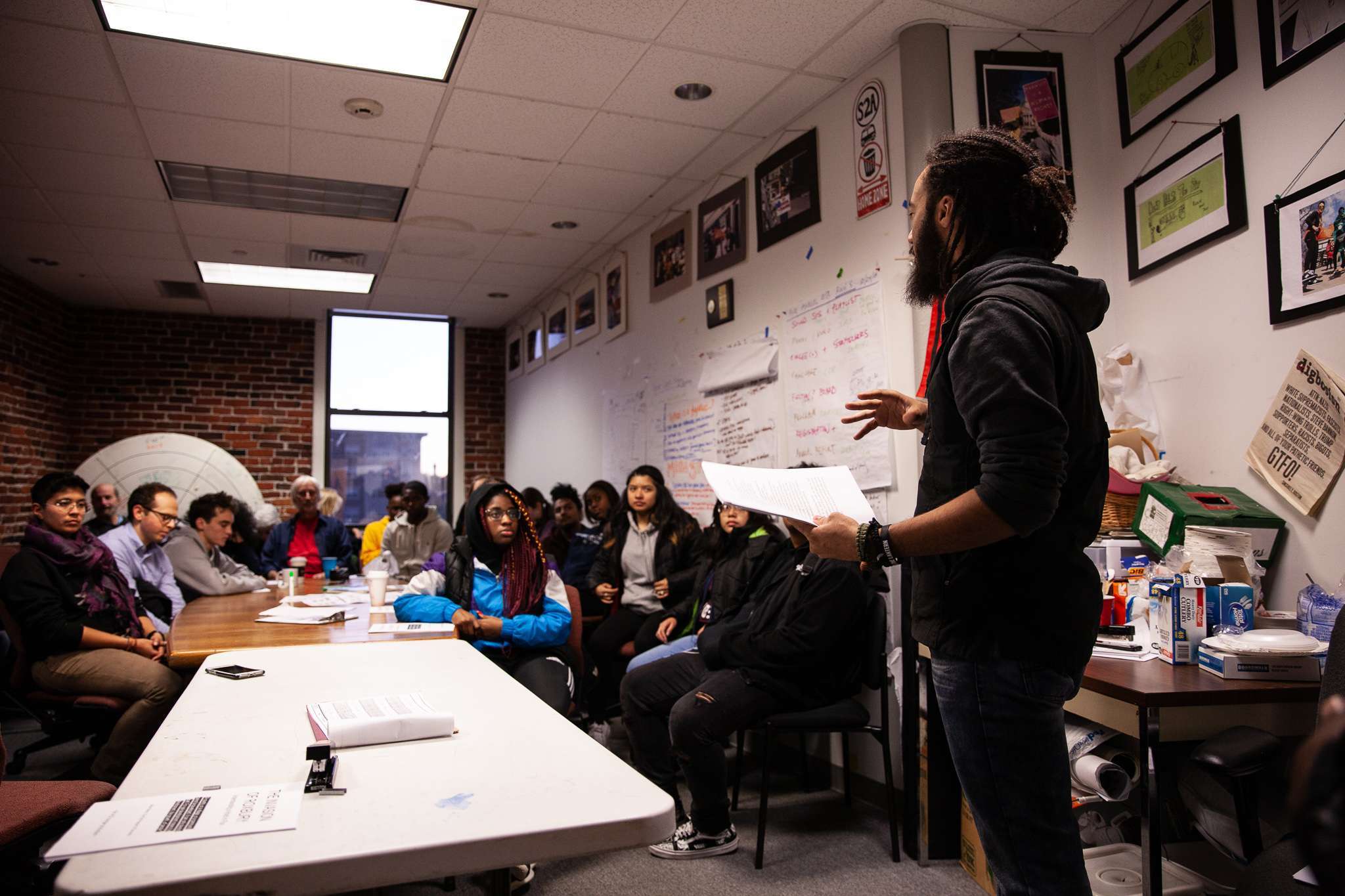 “Communities need to have a say,” said Andrea Nyamekye, Campaign and Policy Director at Neighbor to Neighbor Massachusetts, who helped organize the Lynn action. “We deserve a world where we protect our natural resources and allow for our communities to stay intact by not displacing them due to overpriced developers and increase in rents.”

We deserve a world where we honor and protect our natural resources by investing and controlling our own energy – on our own terms. Public land and public utilities should serve the public good.

The Green Justice Coalition is convened by Community Labor United.